I did say that I am going to write a post about the V-word.

So here it is. 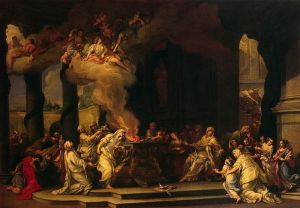 Dedication of a Vestal Virgin by Alessandro Marchesino. From Wikipedia.

I have been recently reading a very hot account of a certain self-described libertine’s experience of having sex with a girl who claimed to be a virgin.

And then I  read a blog decrying Miley Cyrus’s  gyrations during the MTV Awards. Miley Cyrus was once a virgin too, you know. Oh I’m sorry — at 20 y/o she’s still a virgin technically?

And then my friend Ana declares: Sex seemed to be a lot hotter than it can actually be as I imagined it when I was a virgin.

In any case, I would like to add: Virginity is a matter of speculation.

For only the person who owns his/her body can definitively know if he/she is a virgin (or not).

Yes people, there is such a thing as hymen. But please, believe me when I say hymens can be tricky. And they are in no way evidence of one’s lack (or possession) of sexual experience.

Coitus is the operative word for penis-inside-vagina. And technically speaking (at least, as per current general population’s most popular belief) — as far as females are concerned, a virgin is a virgin if penis-in-vagina has never happened. I have no idea what the definition of virginity is in guys. 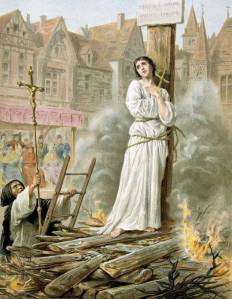 Joan of Arc, virgin (or so they say) when burned at the stake. For all I know, the girl received a mercy fuck the night before she died. Image from thefreelancehistorywriter.com

If a time machine transports the  Virgin Mary and Joan of Arc during present era, I wonder what their opinion will be regarding people’s opinion of their virginities.

Virgin Mary. She gave birth vaginally to Jesus Christ, hence, we can safely assume that her hymen was no more intact after delivery compared to Madonna’s. From Wikipedia.