I have removed my share of uteruses in my career.  Hysterectomy is a pretty straightforward affair. Unlike having a brain or a heart, the presence or absence of a uterus will not be a deterrent to having a practicable human life. As readers with Mayer-Rokitansky-Kuster-Hauser (MRKH) syndrome know, it is entirely possible to have a rich, meaningful, lengthy, fulfilling existence without that organ whose primary function is nurturing a fetus. 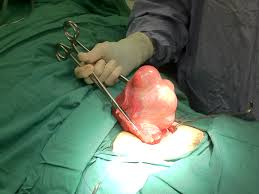 The story gets murkier because Janet is now waving her own list (as opposed to Benhur Luy’s and other whistleblowers’s) of pork barrel scam players among  government officials. I can imagine people in the Executive Department and Legislative Houses craning their necks and going up on their toes, itching to know if (god forbid!) their names are on this List.

Oh Janet … were you thinking of doing a St. Paul-on-the-road-to-damascus stunt, or were you just biding your time playing everyone against each other with the goal of saving your skin (and/or your loot)?  By now, nobody in this country believes that anybody in politics is untainted by corruption. So much so that any person on your list, however seemingly unlikely, will probably elicit sighs of resignation instead of surprise.

I found in the news that the reason for your profuse vaginal bleeding was myoma, adenomyosis and endometrial hyperplasia. Close call, but thank god it’s not cancer, right? Now if only prosecuting you and everyone involved in your scam is as straightforward as removing your uterus.

alternate title: The Constitutionality/Unconstitutionality of the RH Law from the Perspective of a Medical Practitioner Who Had Seen the Consequences of the Lack of One for Years

I am not sure whether the recent decision of the Philippine Supreme Court (SC) regarding the Reproductive Health Law is something I can be hopeful about; or something that I should tear my hair at in frustration.

I have always thought that the idea of having a Supreme Court is to have someone clear things up when laws have become so convoluted and confusing.

Now I am even more confused. But then I am just a lowly health worker and not a lawyer. 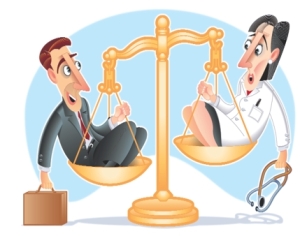 When I was a little girl, I have wanted to be a lawyer. That was before my mother nagged me to take up medicine.

The most supreme magistrates of this country said that House Bill 10354 is not unconstitutional. (I have always thought that there is something fishy going on when people  say things with a double negative.)

However (and this is where things become confusing), the SC maintained that 8 provisions of the law are unconstitutional; and here they are:

Section 7, Paragraph 2.  No person shall be denied information and access to family planning services, whether natural or artificial: provided, that minors will not be allowed access to modern methods of family planning without written consent from their parents or guardian/s except when the minor is already a parent or has had a miscarriage.

Section 23 (a)(2)(ii), penalizes a health worker who requires parental consent from a minor in non-emergency cases;

In striking down these parts, is the SC saying that I  will be defying the Constitution of the Republic of the Philippines when I provide a 16 year old who had an abortion and is pregnant with baby number 2 with information on family planning without telling her parents? Holy shit! I just did that last week! Please Supreme Court, have mercy on me — the darned teenager has been living with her boyfriend for the past 2 years and is estranged from her parents. I mean she would really benefit from knowing that she can prevent future pregnancies by using the Pill. Really!

As to Section 23(a)(2)(ii), I really think that if a teenager is mature enough to ask for contraception, then she is mature enough to have one. There are some things called “the evolving capacities of a child” and “emancipated teenager.” Apparently, the SC justices have not fully digested those ideas.

Section 17 —  provides the grant of 48 hours free services to indigent women as a prerequisite for health care providers in securing accreditation from the Philippine Health Insurance Corp. or PhilHealth;

Last month, I went to Philhealth to have my healthcare provider accreditation renewed. It was fairly smooth sailing except for the long lines at the cashier, but it’s ok because they were quite organized. Now I wouldn’t mind granting free services to indigent women, and having that a prerequisite to securing my Philhealth accreditation. Which reminds me, I put in over 48 hours of unpaid overtime pay for my public health job last year. Would that suffice, I wonder?

Section 23 (a)(3). Punishes health care providers who refuse to refer non-emergency patients to another facility regardless of religious beliefs

My sister is an Opus Dei member. For those who have read the “The Da Vinci Code,” yes they are a very conservative Catholic Church believers. I know she would hate me when I say that yes, I agree that medical workers should never withhold RH information and services. If they are uncomfortable doing so because of their religious convictions, then they should refer. The idea of referring cases we don’t want to handle to our colleagues is part of medical ethics. Which reminds me of an incident when I was in medical training. An OB Gyn Consultant was supposedly opposed to doing bilateral tubal ligation (a family planning method where a woman’s tubes are tied and cut to prevent further pregnancies) because of religious reasons. After performing the cesarean section on her patient, she told the OB Gyn resident who was assisting to carry on. The Consultant turned her back on the patient while the resident did the ligation. Of course the professional fees for the ligation went to the Consultant. Hmmm … I have been known to be guilty of hypocrisy a number of times, but at least I admit it…

Section 23 (a)(2)(i), Spousal consent in case of married persons: provided, that in case of disagreement, the decision of the one undergoing the procedure shall prevail;

Okay, so I am again guilty of this. With a lot of women that I have lost count. Look, Supreme Court, the thing is, when a woman comes for family planning consultation, the fact that she is married should take a back seat to the fact that she needs family planning. Last week, this 34 year old gravida 5 delivered in the clinic. After being counselled on family planning methods, she decided that she would like to have an IUD inserted. However, the partner (the baby’s father) was not around. She and her husband (the one she was married to and the father of her first 2 children) have long been separated. The dear old 34 year old lady had her IUD and may I say, dear magistrates, that her case is the norm and not the exception in the public health facility where I work.

Section 23 (b), which punishes a public official who refuses to support reproductive health programs regardless of religion.

O puhleeaze! For several years, the regime of former Manila Mayor Lito Atienza of Manila would not give RH services to the indigent women of Manila. That was violence against women!

The eighth provision which the SC said was unconstitutional had something to do with the definition of contraceptives and abortifacients.

And  had something to do with the word “primarily”.  By the way, a friend told me that the best pre-law course should be AB English.

Whew … this was my longest post. Which just goes to show how emotionally invested I am in the RH Law. My mom, bless her soul, had an unwanted pregnancy and an induced abortion when she was young and stupid. I hope I would have learned from her mistakes.

This is one article critiquing the SC decision which is thought-provoking and well-argued. Of course it is biased towards RH but what the heck, so am I!