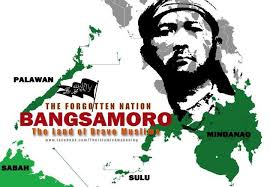 I do not care that much about you because I do not know you.

I have been living in Luzon all my 30 odd years on this earth and my only exposure to Muslim Filipinos were courtesy of my bestfriend from elementary named N, who is almost non-practicing and does not wear the veil.  I often tempted her to eat and share with me my school lunch of pork barbecue (my mom’s specialty dish);  but N, out of her fear of hellfire and damnation  (or whatever symbolizes the netherworld in Islam), would adamantly refuse.  Then there was my post-college colleague T,  who wore the veil when she was in Mindanao but would bring down her beautiful brown hair for all to see when she was in Manila. T is very gorgeous, kind, smart and she delivered the most touching prayer during the ecumenical mass before our graduation. Then there was my intern, J who gave  me a malong and a nice letter before she graduated; and my senior colleague M, who was okay – she loved G when G worked with her, and my boyfriend liked her too; though not as much as he liked me (hah!).

All of these women were Muslim (or so they professed). I have never known any Muslim guys. Go figure that out.

I do not  care much about you because you seem to institutionalize the subjugation of women.

Sorry, T, my friend  (and you too, M) – but really, that is what I believe. You may be your husband’s only wife – but, let’s face it, in your religion, nobody’s keeping him from taking up a second or a third or a fourth spouse. You are the first and only wife only because of the sufferance of your husband. If he had been an  asshole (which, thank god or thank Allah as you would say, he is not), you would now be in charge of a harem and would be sharing his penis with god-know-how-many-vaginas. Go figure that out.

I do not care much about you because you have been bombing and killing innocent people (Christians and Muslims alike).

You have institutionalized terrorism and call it jihad. I know, I know … the Spanish who were Catholics; Americans who were Christians; and Marcos who was an Ilokano have sown discord, war, displacement, land-grabbing, massacres, tortures and atrocities among the Bangsamoro for years and decades and centuries. I get that. I was also a victim. Or rather, my ancestors were.

But I have figured that it would not do me any good to resort to terrorism against the Americans to avenge Macario Sakay, or Balanggiga  or the Philippine American War. Hello! I have watched and loved “Sex and the City” and “Girls” so it’s hypocritical of me to want to destroy the country that produced my favorite TV shows. And besides, Mark Zuckerberg is American and he invented Facebook and the Internet originated as ARPANET in America. Darling Muslim friends, you shouldn’t be using celphones and the worldwideweb for your terroristic pursuits against the devil that is the west. That just reeks of hypocrisy! Why don’t you develop your own effing technology! Then I would have more respect for you.

As for the Spaniards, that was 300 years ago – get over it already. And Marcos, the guy is dead and his reputation is in tatters. He is known as the number 1 thief in world … nothing can beat that. 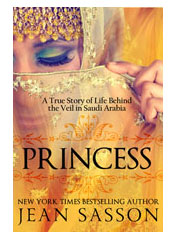 This is the first of a 4-book series about Princess Sultana al Saud (not her real name) and the life of the veiled women of Saudi Arabia.

I have been reading Jean Sasson’s books recently, so she is my excuse for my bias against a Sharia-state. Jean Sasson wrote a memoir of a certain Saudi Arabian princess of the Al Saud family. The Saudi Arabian princess, for all the wealth and luxury that are around her, might as well have been a pretty parrot in a cage. I do not envy her life. I would not want it for myself, nor for my Bangsamoro sisters. However, if that is what they really want for themselves … well who am I to judge? To each her own poison, I guess. As females, as humans,  we should have the right to choose our own cages … that is what feminism is about.

So my Bangsamoro siblings, I do not want the peace talks to be stopped.

I do not want an All-out-war in Mindanao. That is so a been-there-done-that solution. I have many Christian friends in Mindanao who will be collateral damage to gunfires and bombs. For them … I am hoping for peace.

But, for effing god’s sake, you have got to get your act together, man!

What do you mean you were not coddling Marwan, an international  (a Malaysian)  terrorist when he was in your territory! It is either you were incompetent or you were lying.

My Bangsamoro siblings … the Bangsamoro Basic Law will be paid for by taxes that I have bled and sweated for. As a taxpayer who will be paying for MILF’s (or whoever leader get to lead the Bangsamoro) next meals, I think I have a right to know your role in the death of 44 Special Action Force  men who went to extract Marwan and deliver him to justice.

I may not care about you. But … you are a part of me. (I also hate my dad, but he is a part of me; and I know that I will never get rid of him.) We have a history. Once upon a time, our ancestors were brothers and sisters. Until now, we mingle and intermarry.

I live in a city just south of Manila. Outside my house, a few blocks away, there is a mosque and every morning I can hear the haunting prayer of one of your priests (or imam). I am touched by his prayer; I feel its sincerity and its devotion, though I can’t understand the words (which are in Arabic). 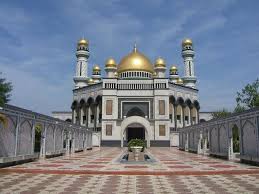 I have never been inside a mosque. And you have probably not been inside a Catholic Church either. I’ll show you mine if you’ll show me yours 🙂 Picture from http://www.travelblog.org- 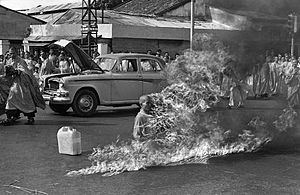 This is a classic award winning picture of a monk that caught on fire. He was Thích Quảng Đức from Vietnam. And he started the Vietnam War, which we all know, didn’t end up very well for the US.

There is something about fires and people that somehow signal revolutions. 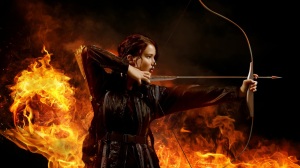 I can’t wait for November! Final installment of The Hunger Games Trilogy will be shown on theaters!

Katniss Everdeen in Hunger Games who was, obviously, a bad-ass reluctant revolutionary was “the girl on fire” who became the mockingjay. I am not sure if Barack Obama is a Katniss Everdeen or a Peeta Mellark.

King Abdullah of Jordan is bad-ass too. Recently, he did the revolutionary thing of openly condemning and going after ISIS terrorists for burning one of his country’s pilots. 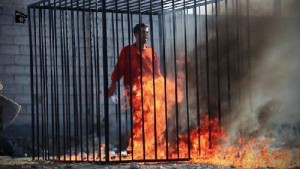 Let me just say that if I am a Jordanian and I saw this picture of one of my country’s pilots, I would ask my king to go ahead in annihilating ISIS too. 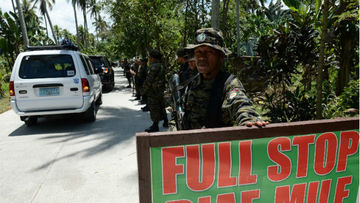 There is currently a trouble brewing in Mindanao, which is south of my country. It started with a certain Malaysian terrorist named Marwan (who is now dead, thanks to the Special Action Force of the Philippine National Police). However, despite the brouhaha, I still maintain that it’s more fun in the Philippines. I mean, Hongkong or Singapore can get so staid, yes?

And then, there are revolutions of the heart.

Like when we fall in love and it changes us.